The impact of hybrid electric aircraft on EU presented at Conference: “Transport and Research in the Danube Region” 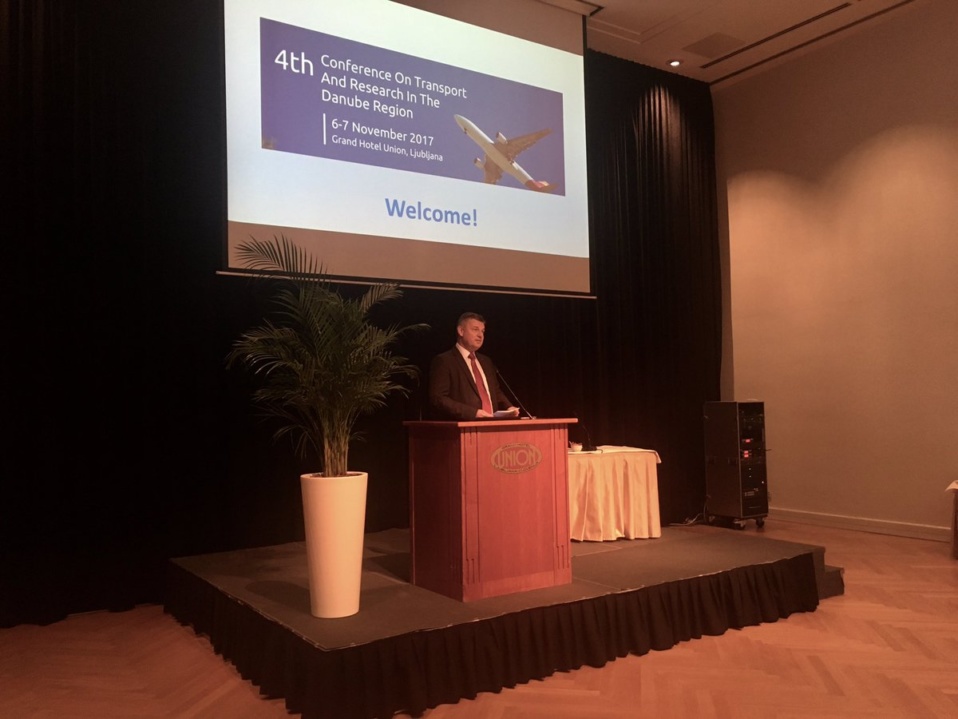 Within conference organized by Slovenian Ministry of infrastructure “Transport and Research in the Danube Region” which took place in Ljubljana from 6th to 8th November 2017, several insights how to develop an innovate and competitive European transport sector were revealed. After opening the conference by Minister for infrastructure: dr. Peter Gašperšič (on the photo, Source: Ministry for infrastructure), the lively debate evolved between experience researchers, policy makers and also a young population – students, which brought several new and fresh ideas and especially valuable research proposals to benefit European Commission research agenda. Among several interesting ideas and topics presented at conference, also the impact of hybrid electric aircraft on EU and especially a new dimension for European mobility, was revealed by dr. Igor Perkon from Pipistrel Ajdovščina d.o.o. The speaker disclosed several interesting research aspects, some of the also under the light of a European project MAHEPA funded from the European Union’s Horizon 2020 research and innovation programme under grant agreement No. 723368.

We use cookies to ensure that we give you the best experience on our website. If you continue to use this site we will assume that you are happy with it.Ok

Are you really wants to delete